The Unexpected Benefits of Leaving Your Comfort Zone

Anyone who knows me knows that I love routine. I adhere to a ridiculously strict schedule which I suppose has been my response to the chaos and uncertainty of making my living in music. In other words, there’s so little that I can count on to be consistent in my life that I’ve had to create my own consistency in order to cope.

One of the ways that I add structure to my life is that I get up very early (like “in the fours” as a friend of mine once said with a mixture of awe and revulsion) and go to bed equally early. While I’ll admit this isn’t typical for a musician, I’ve found I’m most clear and creative early in the day so I’ve designed my schedule to honor that. There is precious little that will cause me to deviate from this routine but this post is about one of the rare times that I did. 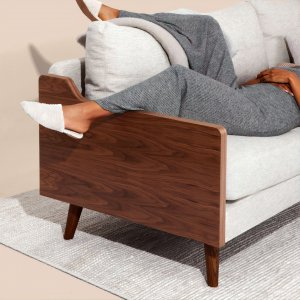 A while back and through a mutual friend, I was introduced to – and got together to write with – Lisa Loeb. Lisa, a GRAMMY-winner who holds the distinction of being the first unsigned artist to have a #1 single (“Stay”), is truly a writer’s writer and a musician’s musician. We hit it off from the first time we wrote and have written quite a few times since. But it’s one writing session in particular that comes to mind.

On a visit to Nashville, Lisa reached out and invited me to join her and a friend for dinner. We had a terrific time and at around 9pm after a big meal and a legit martini, I was looking forward to thanking everyone for a great evening and heading home to bed. It was at this exact moment that Lisa said, “how about we head over to your studio and do a little songwriting?” I can safely say that the last time I’d started a writing session after 2pm was decades in the past. But when Lisa says “write,” I write.

Despite being a little worried about simply staying awake, I was more concerned about not having much to contribute to the session. But something about the change in my routine and the clear departure from my comfort zone tapped into a different side of my creativity. Because it was essentially my bedtime, I suggested that we write a lullaby which is exactly what we did. As a final confirmation that departing from my tried and true routine was worth the effort, Lisa made “Lullaby Girl” the title track on her next album and performed the song on television.

All this to say, I’m a big fan of routine and structure and I’m well aware of the positive effects they can have on productivity. However, I’m an equally big fan of pushing yourself beyond what you know and I’ve got the rewards to prove it. In much the same way that risk-taking is a critical element in innovation, the next time you find yourself in a new, maybe even uncomfortable situation, be aware that the potential for real growth and success may be just on the other side.