In the same way, a well-written song—or any message for that matter—only has maximum impact when it connects with other people. If I’ve learned anything in my career as a songwriter, it’s that I have to take the time not only to craft my songs but also to get them out in the world. It is only in that way that the songs can do their best work. Refining your message through songs is the exercise but connecting to people with your newly explored and refined ideas is the ultimate goal.

There is a dangerous myth that if you do great work, the world will beat a path to your door to discover it. It’s a myth because everything I know about ideas and the way they spread tells me that, ultimately, it’s up to the innovator to spread the word.

In my world, the most successful songwriters spend a large percentage of their time “pitching” their songs to any and all interested parties from record labels to artist managers, music producers and even directly to the recording artists themselves. The “dangerous” part of the above myth is that when we assume people will come to us if only our work is good enough, it puts all the focus on the work itself and almost no emphasis on connecting with people and the sharing of that work. 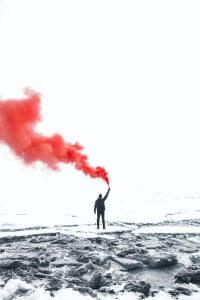 Great innovations that no one knows about might as well not exist in terms of the good they do for society at large. The good news is that writing songs can inspire you to share your new and improved ideas both in the actual moment of creation and also in the weeks, months and even years afterward. I’ll explain.

Selling your ideas in the moment of creation

One of the significant benefits of participating in the songwriting exercise in teams is that you’ll be automatically positioned to spread your message to a larger, captive audience. The power of combining the exploration of an idea with the bona fide experience of writing and performing your song in front of an assembled group is undeniable. Not only will you remember your song and, most importantly, its message but you’ll also be sharing it with your colleagues in a dramatically more memorable form than the typical PowerPoint presentation.

Selling your ideas into the future

No matter whether you’ll be writing and performing your song as part of an assembled group or on your own as a solitary, skill- sharpening exercise, it will still be essential to share your newly refined concepts beyond the moment of the exercise itself. To that end, I’m going to give you three reasons why writing songs around your innovative ideas makes it easier to “sell” those concepts after the fact.

1. It’s easier to share work you have confidence in

It’s simple math. If you’re proud of the work you’ve done, it’s easier to imagine sharing it with the broader world. Once you’ve taken the time to refine your concept through songwriting, you’ll have a way of communicating that concept that is richer and more nuanced. Feeling this way about your ideas is like jet fuel for your motivation to promote them.

2. It’s more fun to promote ideas that people will find unique and interesting

Part of being confident in your newly examined ideas and concepts is the belief that others will find your work interesting as well. By framing your concepts in metaphor and emotion-rich language, you’ll be presenting others with an angle on your chosen topic that they’ll find unique and compelling. This constitutes the kind of win/win between confidence in an idea which is also well-received that makes the diffusion of your innovations a pleasure.

3. Once you’ve examined and understood your idea more deeply through songwriting, you’ll be able to explain it in a more meaningful way

I’ve heard it said that the real value is not in understanding complicated ideas but in understanding those complicated ideas well enough to explain them simply. Once you’ve deeply examined your ideas through the lens of songwriting, you’ll “get” them on a more fundamental level. This will allow you to discuss, promote and otherwise share your ideas in a more direct—and simple—way.

A final word on the diffusion of ideas

While writing your song is an exceptional accomplishment in and of itself, it’s the performance of your song that ultimately represents the diffusion of your innovation. Once you’ve examined your idea or concept through the lens of songwriting and come to really understand it from a deeper, more emotional and subtle point of view, “selling” your idea will be not only easier but a pleasure.