Commit To Your Cause

To accurately summarize what it means to pursue a career in songwriting, my favorite expression is undoubtedly, “writing songs for the money is like getting married for the sex.” What this expression rather indelicately—but succinctly—communicates is that unless you’re writing songs because you’re genuinely moved to do it, you’ll be disappointed.

To be clear, even the most financially successful songwriters write hundreds and hundreds of songs that never earn a single cent. The reason the most committed songwriters get out of bed in the morning and spend their days writing songs has very little to do with the paycheck and almost everything to do with the fact that they truly can’t imagine doing anything else. If and when the “money” does arrive, that’s great, too, but it ultimately represents more of a confirmation that they’re on the right track as opposed to the specific attainment of a financial goal. 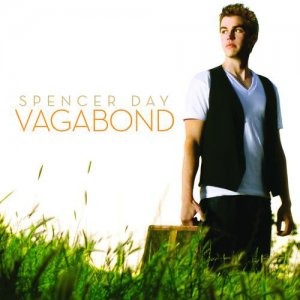 No matter whether you’re a songwriter or not, your work is simply more fulfilling if you’re committed to your cause. Of course, salary and bonuses are a motivation in the working world but when it comes to putting in the long hours and materially contributing to the success of a specific innovation or an entire business, it’s the involvement with—and success of—the cause itself that will sustain your effort.

My Collaboration with Spencer Day

In this example, it’s not so much a particular song that I want to use to illustrate my point but, rather, the story of the writing of a song and my subsequent relationship with my co-writer, Spencer Day.

Spencer and I were set up to write by a record executive friend of mine after he’d signed Spencer to a development deal with Universal Records. By way of explanation, a development deal means that the record label likes the potential of an artist but isn’t ready to commit the necessary finances for a full album deal and, instead, will provide enough funding for some demos of songs and a showcase performance in order to convince the record company decision makers.

On November 5th, 2008, Spencer showed up at my recording studio on West 37th street in midtown Manhattan. We chatted for about twenty minutes as we got to know each other a bit and then, over the next few hours, we proceeded to write a song called “Till You Come To Me.” The song tells the story of a lovelorn protagonist and is set in a film noir version of a New York City summer. We were both happy with what we’d written and it became clear to me right away that not only was Spencer a gifted artist but also that he and I had great songwriting chemistry.

Spencer demoed the song and included it in his showcase for Universal Records just a few weeks later. At that point, it seemed like we were off to the races. Then a couple of days after his showcase, Spencer called and, just as quickly, what had appeared to be an auspicious beginning came to a grinding halt. He explained that the execs at Universal Records decided to end his development deal and drop him from the label entirely. He then said that since he no longer had a record deal, he would understand if I didn’t want to write with him anymore. I could only imagine how crushingly disappointed he was and I had no intention of adding to that disappointment.

I explained to him that I believed in our songwriting partnership and, as far as I was concerned, we would continue to write songs whether or not he had a record deal. To Spencer’s infinite credit, he picked himself up and opted to finance his own recording project and release his album independently. And this is where things got good. While Spencer was recording his album, there was a record executive from Concord Jazz named Nick Phillips in the next studio over who, unbeknownst to Spencer, had been listening to the songs coming from Spencer’s studio. Not only did Nick like what he heard but he ultimately signed Spencer to a record deal with Concord Jazz. On top of that, that very first song Spencer and I wrote twenty minutes after meeting each other was the song that the new label chose to release as the album’s first single. “Till You Come To Me” climbed the jazz charts for fifty weeks and ended up at number one.

While I wouldn’t exactly describe this approach as a business plan, it certainly serves as a strong reminder to me that if my head and heart are in the right place, the rest will end up taking care of itself. And it certainly has.

Find out more about Cliff’s book “The Reason For The Rhymes: Mastering The Seven Essential Skills of Innovation by Learning to Write Songs.”