Collaboration as a skill improves innovation in several essential ways. First and foremost, collaboration allows disparate business teams to work together to either innovate directly or in support of the specific teams charged with innovation. Secondly, collaboration puts individuals together enabling them to play to their specific strengths which makes for better innovations. Also, collaboration has a powerful effect on the creative environment that is invariably a part of the innovative process. As lateral thinking expert Edward de Bono writes, “It often happens that an idea may seem very obvious and trivial to one person and yet it can combine with other ideas in someone else’s mind to produce something very original.” Another way to put this is that collaboration makes for the kind of innovation that is greater than the sum of its parts.

Although it might not seem intuitive at first, co-writing is the perfect microcosm of—and training ground for—effective collaboration. Given how personal songs are, it might surprise you to know how much of contemporary commercial songwriting is collaborative. When I first started writing songs, I couldn’t imagine sharing such a private process with another songwriter. These songs were my “song children” and I was going to raise them myself thank you very much. I equated the act of co-writing with the idea of co-painting or co-dating. It just wasn’t going to happen.

But then I moved to Nashville. Nashville is the unofficial home of co-writing and it’s not at all unusual for two songwriters who don’t know each other to meet in line at the grocery store and decide to get together later that week to write a song. Something about the fearlessness of this approach helped me get past my significant reservations and give songwriting collaboration a try. I owe my entire career to that decision.

These days my specialty as a songwriter is collaborating with recording artists where the goal is to write songs with them for their upcoming albums. I’ve had the privilege of doing this with some truly remarkable people from the septuagenarian drummer for the Grateful Dead, Mickey Hart, to a sixteen-year- old Kesha before the “s” in her name was a dollar sign. Both artists, I’m pleased to say, were true devotees of their songwriting craft and wanted nothing more than for our work to result in successful songs. All this to say, I’m a big believer in the benefits of songwriting collaboration. Interestingly, the same things that make co-writing successful also apply to collaboration on work projects. I’ve listed the primary benefits below. 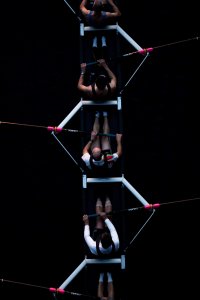 1. Collaboration allows everyone to play to their strengths

While I’m pretty much all-in on co-writing now, I’d be lying if I said the process was comfortable for me when I first started. I began co-writing with other songwriters when I was still at the stage in my own songwriting process where I didn’t know what my strengths and weaknesses were. This was not a great way to start because it meant that I didn’t know who my best, most compatible collaborators were going to be. It took dozens of co-writes, some good, some terrible, to begin to understand where I was strong and where I was weak as a songwriter. In my case, when I was paired with another lyricist we often struggled mightily over who had the best lyrical line at the expense of our song’s melody which was mostly overlooked. However, when I wrote with strong melody writers, my lyrics practically jumped out of the studio speakers because they were paired with inspired melodies. All this to say, collaboration revealed my strengths as a lyricist and limitations as a melody writer so that I eventually learned to find complementary co-writers. As a result, my collaborators and I would end up with songs better than either one of us could have written on our own. In any work environment, the more you collaborate, the more clear your strengths and weaknesses will become and the better able you’ll be to find your best, most productive collaborations.

Even if you have something important that you want to say, sitting down to write a song can feel daunting and even scary. As a result, it’s way too easy to put off songwriting for any half-baked excuse about having other work to do. One of the things I have come to really appreciate about collaboration is that it makes the participants accountable to one another. This way, even on days when you’re dreading writing, you’re much less likely to back out since there are others counting on you to show up and do your share of work. Often this accountability has been the only thing between a productive writing session and an unnecessary cancellation. In the same way, the power of accountability on any work project is a palpable and undeniable benefit.

3. Dividing your workload makes it easier to stay motivated

The math behind this benefit is simple. If you share the work, it’s just plain less work for everyone involved. When the workload is divided, it’s also easier to get yourself to do it. I’ve used collaboration throughout my career as a way to keep myself motivated to write. In addition, my primary goal as a songwriter was and is all about getting the maximum number of songs out into the world where good things can happen with them. Even though I might only own half the copyright of each song I co-write, I’m putting out double the number of songs each of which represents an opportunity for my music to reach people and generate additional royalty income. All this to say, collaboration in all its forms is motivating as it increases your output while, at the same time, lessening your load.

Some of my longest and best friendships are with my musical collaborators. We’ve come together to put something of artistic value into the world and that history is the basis of a deep-seated trust and connection. Similarly, one of the things I particularly enjoy observing in my corporate songwriting work is the way teams of professional colleagues come together to do something that has very clearly taken all of them far beyond their comfort zones. This shared sense of mission and the resulting art that they create builds a bond that enhances everything that particular team does from that moment onward. A common cause is a powerful thing in any form.

A brief final note… I’m always wary of referring to my work with executives as “team-building” given my program’s strong emphasis on innovation. I think it would be a mistake to think of songwriting as the musical equivalent of a trust fall exercise when the rewards are much deeper and longer-lasting. Instead, I’d suggest considering the “team-building” aspects of songwriting as a meaningful but clearly secondary benefit.